It has rightly been said by Alan Kay that the best way to predict the future is to invent it. Hence, SBHS feels immensely proud of the techno smart students who strive each day to use technology and live technology in the utmost effective manner.

This year when the entire world was attempting effort to live in the new normal, our students were building up projects with their robotic ideas to ease up living in the uncertain epidemic. They constructed a BOT that detected those who are not wearing masks and immediately provided them with one. Moreover, the tea machine was another marvel specially designed for the covid times which mesmerized the media channels as well. Also, the brainiac children participated in various national and international contests and stood out among the rest which was not only a pride for the school but for the nation as well. Yes, SBHS was the only school that participated in the World Robotics Olympiad and secured 4th position among 700 participating teams from 70 plus countries. The exultation of victory was celebrated not only by Saifiyah Boys High School but by the entire nation when the media channels like ARY, BOL and SAMMA broadcasted the impressive accomplishment.

Success is not an activity but a process. Hence, the cognitive operation and process continued until another keen team were ardent to display their cognitively skillful ideas in the ‘CITY SCHOOL ROBOTICS COMPETITION.’ It was held on the 19th of February 2021 in the City School Campus where once again different teams participated from various schools.

What a plume it was for SBHS when it’s students once again left a mark of a great achievement. The savvy students performed exceptionally well and once again cherished the success of winning in the contest. It was such an honour to get the 1st and 2nd Position. Furthermore, one of the student was rewarded being the most smart child in the huge crowd. It is so true that a little progress each day adds up to big results.

We feel blessed and overwhelmed to celebrate such victories time by time. It is undoubtedly the blessing of Aqa Maula TUS qudoom mubarak and his TUS glimpse on the educational activites that makes the journey exuberant with noticeable flying colours. 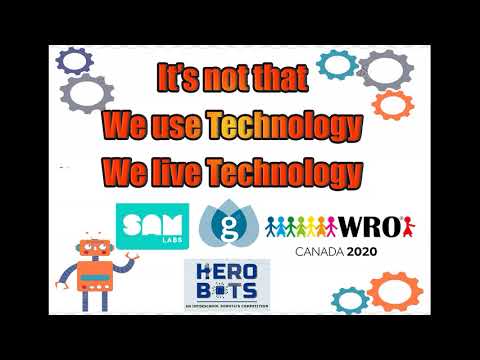